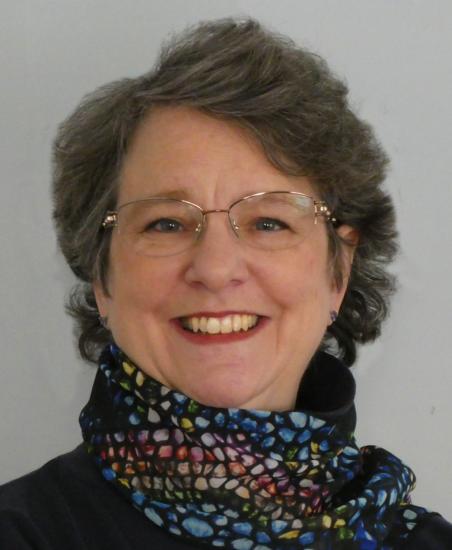 Julie L. Sloan is a stained-glass consultant in North Adams, MA. She has worked in stained glass since 1982 and is the author of Conservation of Stained Glass in America and many articles on stained glass history and conservation.

She has been an adjunct professor of historic preservation at Columbia University since 1985. She was also adjunct professor at Salve Regina University in Newport, Rhode Island, in 2004, teaching The History of Stained Glass in America. She has lectured at Williams College and Rensselaer Polytechnic Institute, and given seminars around the country.

Her BA in art history is from New York University and her MS in historic preservation is from Columbia University. She curated an exhibition and wrote a major book on the leaded glass of Frank Lloyd Wright, Light Screens: The Complete Leaded-Glass Windows of Frank Lloyd Wright, published by Rizzoli International (2000). She also contributed a chapter to A New and Native Beauty: The Art and Craft of Greene & Greene (Merrell, 2008), and the introduction to Frank Lloyd Wright: Art Glass of the Martin House (edited by Eric Jackson-Forberg, 2009). She has recently published Frederic Crowninshield: A Renaissance Man in the Gilded Age (University of Massachusetts Press, 2010) with Gertrude deG. Wilmers, the artist’s great-granddaughter, and is currently co-writing a book on the stained glass of artist John La Farge. She is also working on a comprehensive history of American stained glass.

She is also an appraiser of American stained glass.

Her conservation projects include Saint Thomas Episcopal Church, New York; H. H. Richardson’s Trinity Church in Boston; Harvard University’s Memorial Hall; Princeton University’s Chapel, and the State Houses of Connecticut, Massachusetts, New Jersey, and Pennsylvania. Her conservation and research projects have won many awards, including grants from the National Endowment for the Arts, the Samuel Kress Foundation, the Graham Foundation for Advancement in the Arts, and the Arts & Crafts Fund.